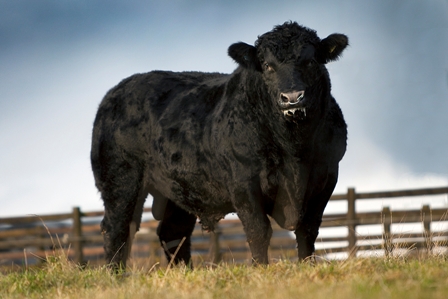 Willie Robertson has sold a young Aberdeen-Angus bull, Nightingale Dunbar, to the Cardona herd for an undisclosed figure.
Dunbar is by Bosullow Elmark G209 and is out of Nightingale Duchess Z001 and has a TSI of +51 and an SRI of +63.
Mr Robertson said: “Dunbar is the best young bull I have ever seen in my 40 years of travel through North America and the UK. He has both outstanding structure and breed character, combined with a set of EBV’s in the top 1% with Terminal Sire Index and Self Replacing Index of 51 and 63 respectively. At 308 days he weighed a staggering 635Kg and scanned with an eye muscle of 137cm,

which is believed to be the highest ever at a bull of this age.”
Mr Galloway added: “Since I started breeding Aberdeen Angus in the early 1990’s I’ve never seen anything quite so special.

Dunbar will have tremendous influence on the Cardona herd by improving both physical performance and increasing the all important EBV statistics and figures.

And to cap it off, he has an outstanding head that displays real dominance and character.”
Nightingale have retained a semen share which will be jointly marketed with Cardona, details of which will be published at a later date. 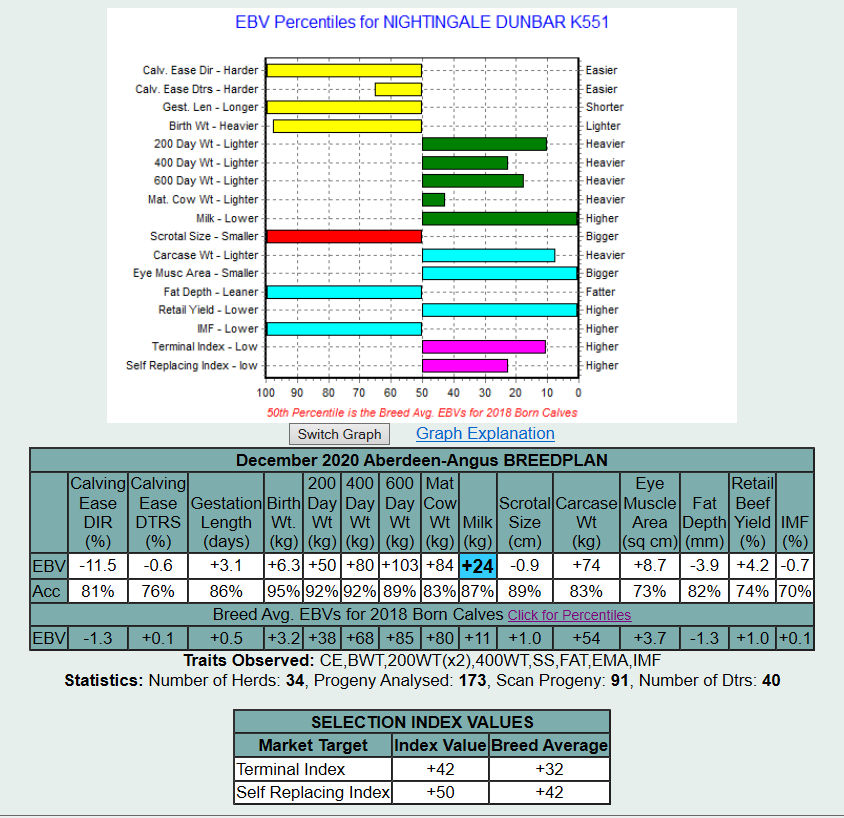